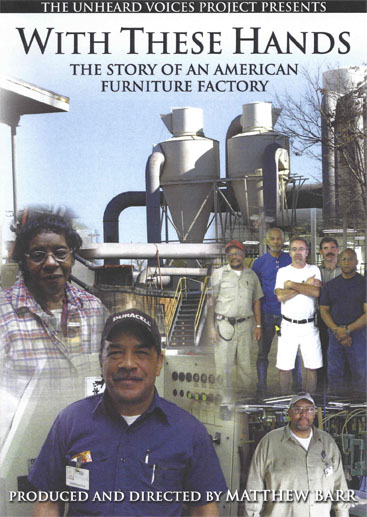 With These Hands:
The Story of an American Furniture Company

In 2007, unable to compete with cheaper offshore production, Hooker Furniture Co. closed its plant in Martinsville, Virginia, after 83 years in operation. With These Hands follows the last load of wood down the assembly line as it is cut, honed, and assembled into fine furniture. Along the way, employees at the factory share their perspectives on work, community, and survival in a country devastated by deindustrialization and outsourcing.
2009. 79 minutes.