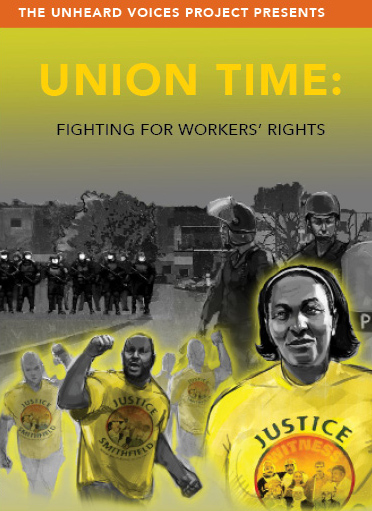 Union Time tells the story of one of the greatest union victory of the 21st century—the fight to organize Smithfield Foods’ pork processing plant in Tar Heel, North Carolina. From 1993 to 2008, workers struggled against dangerous working conditions, intimidation, and low pay. They were organized by the United Food and Commercial Workers Union, whose Justice@Smithfield campaign brought national attention to the campaign. The victory led to the formation of UFCW Local 1208 and fair working conditions for 5,000 workers.

To purchase DVDs and learn about streaming options, visit the Union Time website.